Floral Greens Farmers of Florida have just posted a video on Facebook and Instagram, that Brooke Raulerson just put together for us this past week. She talked about one of her “staples”, aspidistra.  She spoke about its versatility, hardiness and flexibility. She’s right! It is such a beautiful plant. It has amazing color and depending on which of the 100 species you are speaking about or working with, there are so many variations of sizes and colors to work with.

Aspidistra is of the genus of flowering plants in the family asparagaceae. It’s genus name comes from the Greek word Aspidion, meaning a shield.  It is native to east and southeast Asia, specifically Vietnam and China. It grows in shade under trees and shrubs and in areas with a high rainfall. It has an unusual purple flower that appears on the surface of the soil under the canopy. The plant generally grows 3 feet tall and it can have up to 24 inch long leaves. The leaves can reach a width of 4” wide. It requires an open, acidic, and humus rich soil.

Aspidistra has become a very common houseplant because it is very tolerant of neglect. In late Victorian Britain, it was so commonplace, it became known as a “symbol of dull middle class respectability!”  Ugh, as if! With all that you can do with it, there is nothing “dull” about it! It is also commonly known as the “Cast Iron Plant” due to its hardiness.

It can grow in shade outside and can tolerate temperatures as low as 23 degrees Fahrenheit. It grows from rhizomes, and the leaves arise directly from the rhizomes versus on stems. Aspidistra can withstand deep shade, neglect, dry soil, salt, hot temperatures, and polluted indoor air (from coal or natural gas).

It is sensitive to bright sunlight.The name “aspidistra” has also shown up in several books, songs, and various sayings, all mostly from the 1930’s. In 1936, George Orwell, wrote his 3rd book, “Keep the Aspidistra Flying.”

There was also a song in 1938 by Gracie Fields, “The Biggest Aspidistra in the World”. It was a war time classic. Wow – music has changed! I listened to it in full, you should listen to it too! She was obviously speaking about a master gardener! Speaking of fun, many enjoy making contemporary designs with Aspidistra. You can wrap stems with aspidistra in a crystal clear vase.

For interest and variety you can also wrap a hand tied bouquet with an aspidistra leaf, or with a variegated aspidistra leaf. The leaves are tough, deep green, and oval shaped. Some designers cut out or slice the interior of the leaves to make weaving patterns in the leaves, create rose shapes, or make circular shapes with the leaves to enhance their designs. The leaves can be conditioned by standing them in a bucket of cold water as soon as they are cut. After they properly hydrate, they should maintain their look and luster for weeks. You can polish their leaves with a soft cloth, and can apply a thin covering of cooking oil to help them maintain their shine. 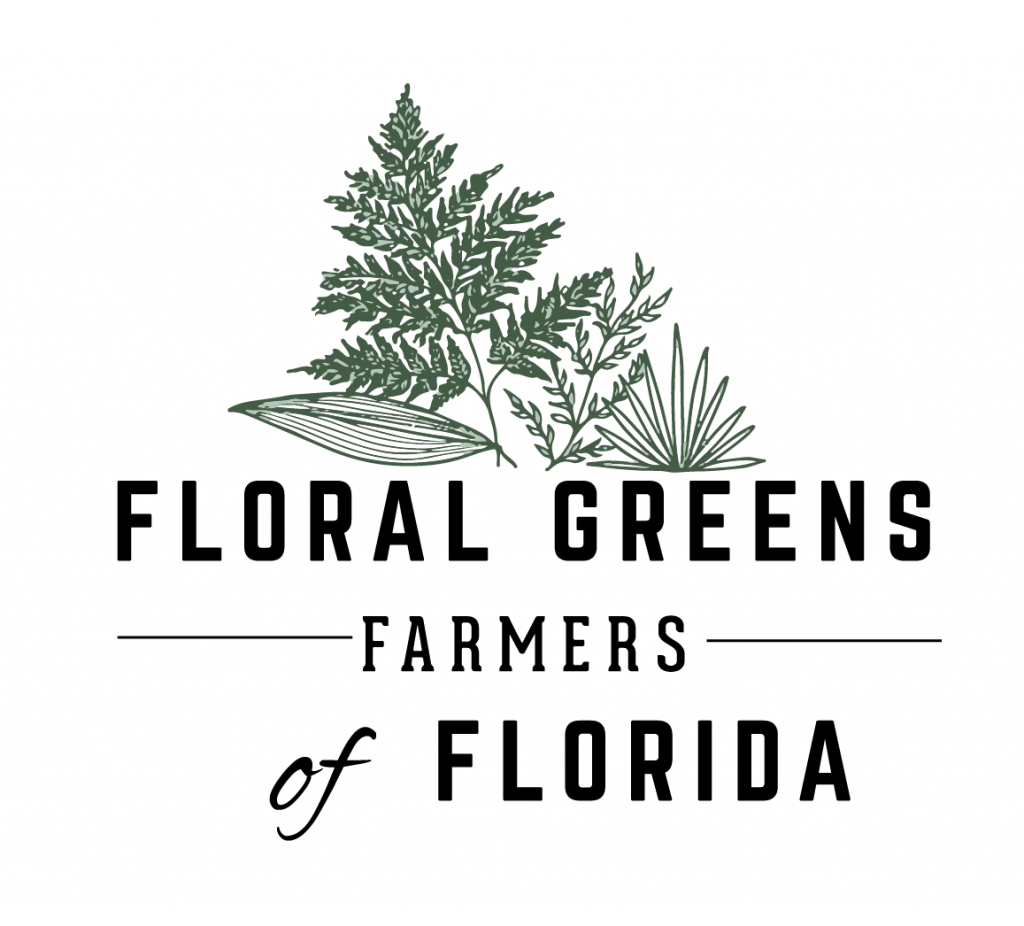 Floral Greens Coop Based in Pierson, Florida. The fern capital of the world! We pride ourselves in quality foliage that florists and designers love.

It would mean a lot to our farmers if you let us know who you are.
We are on a mission to make the best image collection the industry has ever seen and we could use your help.